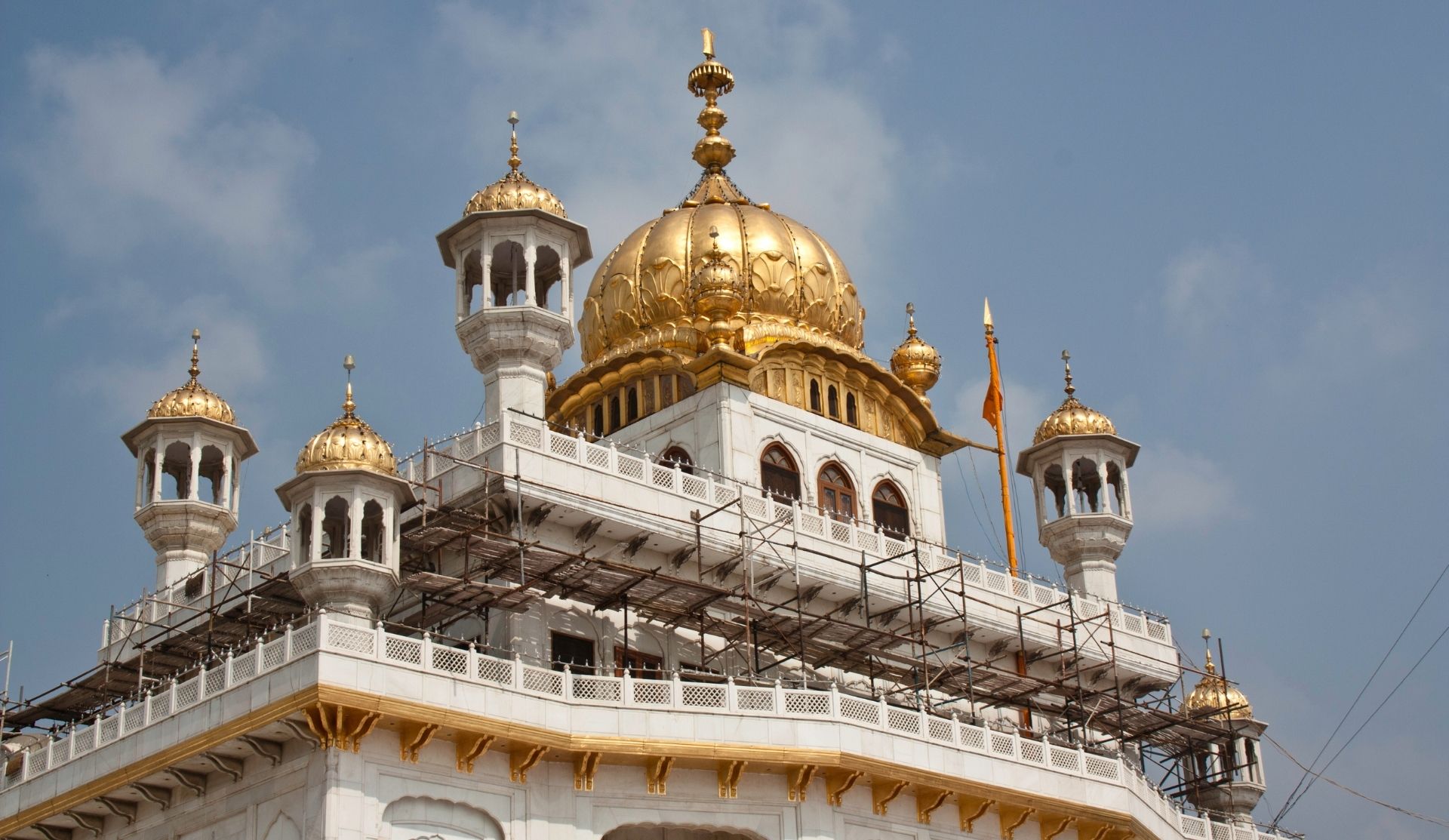 Due to the excavation of the holy pool of nectar (Amrit-Sarovar), a raised place has appeared in front of Harmandir Sahib. As Guru Granth Sahib was 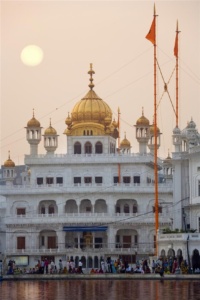 installed in Harmandir Sahib in 1604, it was brought to this room for rest every night. Guru Arjan Dev used to rest under the cot meant for Guru Granth Sahib. This room now a days is, known

AKAL TAKHAT, The highest temporal seat of Sikhism was founded by the Sixth Sikh master Guru Har Gobind Sahib Ji in the year 1609, assisted by Baba Budha Ji and Bhai Gurdas. Guru named it Akal Takhat (The throne of Almighty). Guru Hargobind Sahib used to hold his court and listened to the woes of the needy here. Guru wore two swords of Miri and Piri at this place, the worldly emperor robe with plume on the turban, ordered the Sikhs to bring weapons, horses as offering and be saint and soldier as well. The tradition of singing ballads of war heroes with stringed instruments (Sarangi and Dhad) began at this place.

Akal Takhat has its own traditions i.e. the priest will recite the evening prayer (Rehras Sahib) and Ardas with a naked sword in the hand. Some rare weapons pertaining to the Sikh Gurus and Sikh warriors are displayed during the day in Golden Palanquin and explained to the visitors every evening.

It is the most supreme of all the Takhats. There are four other takhats established by the panth (community) during the last century:

The Jathedar of the Akal Takhat is the highest spokesperson of the Sikh Panth and is meant to be a spiritual leader without control or influence from any outside, politically motivated sources. The present jathedar is Bhai Joginder Singh Vedanti.

The Role of the Akal Takhat

The original structure of Akal Takht was built by Guru Hargobind ji, Bhai Gurdas ji and Baba Buddha ji, with their own hands. No other person or artist was employed to build the platform. Guru ji remarked that the seat of guru would serve the panth for eternity. Guru ji raised the height of the platform to twelve feet, defying the royal edict of Jehangir that no other person except the Emperor himself can sit on a raised platform of more than three feet. Guru Hargobind would regularly sit on the raised platform, Takht, with all marks of royalty and dispence justice for all disputes of Sikhs.

The Akal Takhat was built a fraction lower than the Harimandir Sahib, implying the order of importance, that the search for spiritual grace was always to lead. A similar balancing of assertion and submission was built into Guru Hargobind’s daily routine, which alternatively highlighted the shrine, with its spiritual function and self-effacing architectural symbolism, and the throne platform, with its assertion of sovereignty and temporal authority. The Guru started the day with worship in the Harimandir; he would then go on a hunt in the late morning and grant audience from the Akal Takhat in the afternoon; in the evening he would return to the shrine for prayers and hymns, and at night he and his followers would return to the Akal Takht to listen to martial songs of heroic deeds. 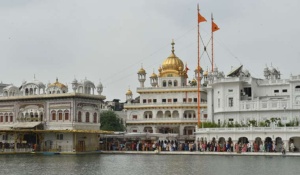 It is from the Akal Takhat that Hukamnamas (edics or writs) are announced to provide guidance or clarification on any point of Sikh doctrine or practice. It may lay under penance persons charged with violation of religious discipline or with activity prejudicial to Sikh interests or solidarity. It may place on record its appreciation of outstanding services rendered or sacrifices made by individuals espousing the cause of Sikhism or of the Sikhs. Importantly, no individual is above the Akal Takhat.

On one occasion the Sarbat Khalsa met at the Akal Takhat and decided to penalize Maharaja Ranjit singh for his misdemeanours with a certain number of lashes on his back. The Gursikh in Ranjit Singh surrendered to the discipline and presented himself at the Akal Takhat to receive chastisement. However, corporal punishment to the sovereign was converted into a heavy fine.